Bach at the Balch House 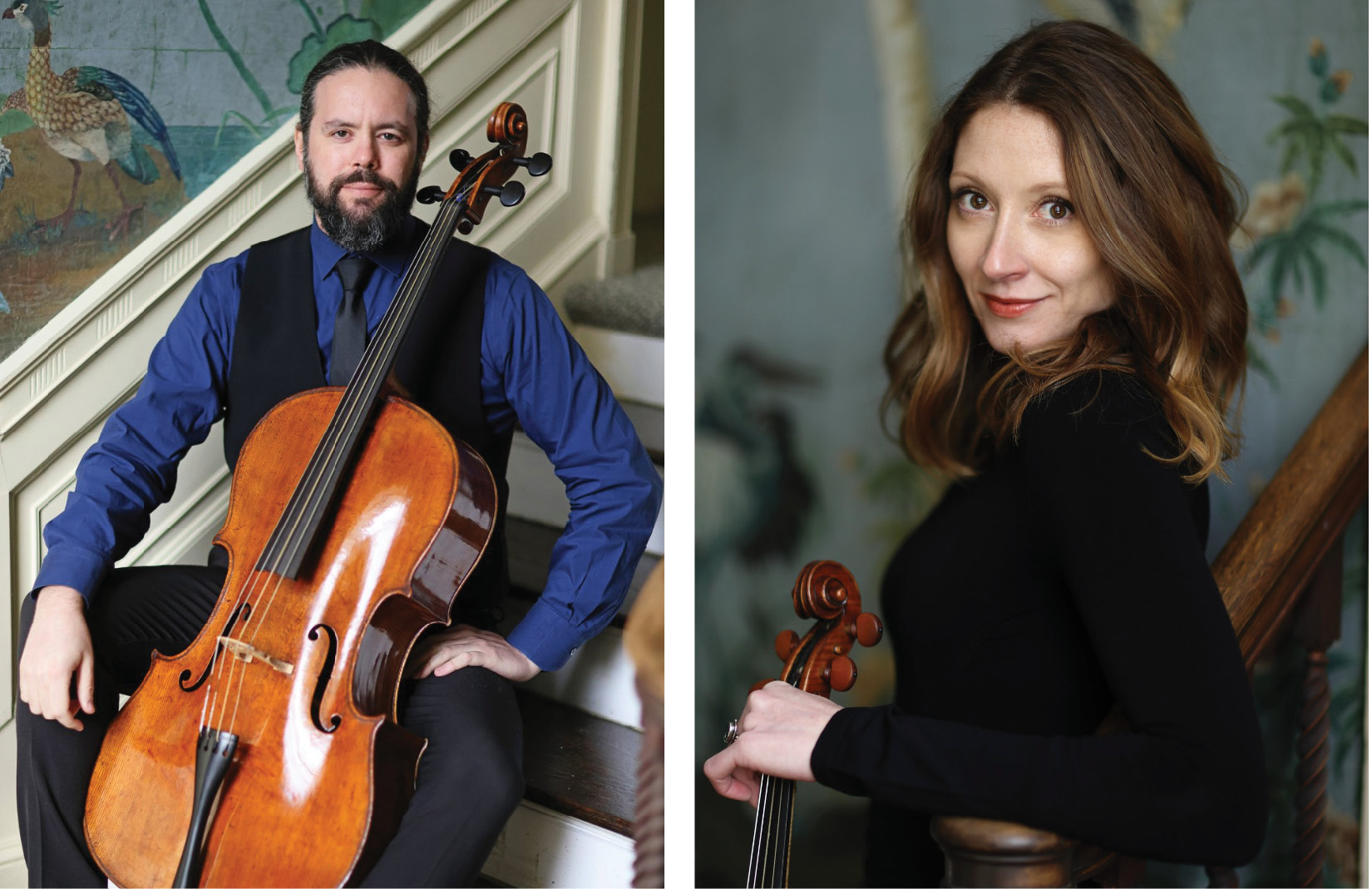 The c. 1679 Balch House provides a unique and intimate setting for string virtuosos Renee Hemsing and Guy Fishman as they bring to life the music of Baroque composer Johann Sebastian Bach, whose mastery of counterpoint, ornamentation, and harmonic organization explore the range of artistic and technical possibilities.

Renée Hemsing specializes in chamber music and early music performance on both violin and viola. She earned her doctorate at the University of Colorado where her string quartet (Ajax Quartet) was graduate Quartet-in-Residence with the Takacs Quartet. She earned her masters at the University of North Texas with Emanuel Borok where she also studied baroque violin​ with ​Cynthia Roberts, and her bachelors from the University of New Mexico under​ ​renowned Brazilian soloist Cármelo de los Santos. Her recent engagements include performances with the Handel + Haydn Society, Connecticut Early Music Festival, Charlotte Bach Akademie, and Seraphic Fire.

Israeli-born cellist Guy Fishman is active as a concerto soloist, recitalist, chamber musician, and orchestral player. He is principal cellist of Boston’s Handel and Haydn Society, with which he made his Symphony Hall solo debut in 2005. Fishman is in demand as an early music specialist in the United States and abroad, having performed in recital and with Boston Baroque, Apollo’s Fire, Les Violons du Roy, Emmanuel Music, Rockport Music, the Museum of Fine Arts, the Boston Museum Trio, Arcadia Players, and El Mundo. He performs on standard cello with the Colorado Music Festival, Albany Symphony, Orchestra of St. Luke’s, among others. Recent appearances include the Dvorak concerto with the Reading Symphony Orchestra and a highly-praised survey of Bach suites in Boulder, Colorado. His playing has been praised as “plangent” by the Boston Globe, “electrifying” by the New York Times, and “beautiful … noble” by the Boston Herald.